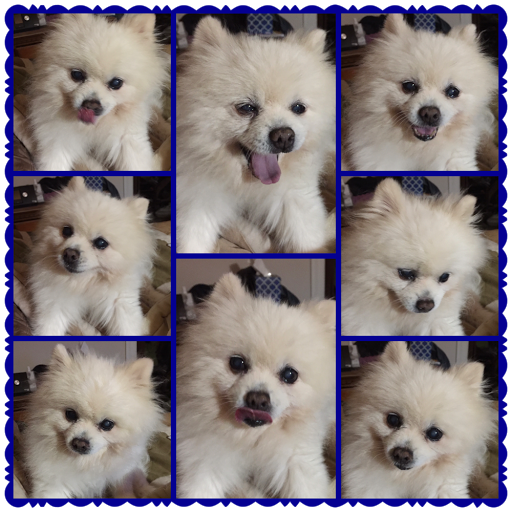 UPDATE 12/23 – The mass responded to the prednisone and has fixed his coughing, but unfortunately that has only halfway solved the issues.

Gibbs does have congestive heart failure (CHF), but no murmur was detected.  At this point we will need an adopter that is willing to provide the care and medications needed to give him a good quality of life.

He will need to be on a maintenance dose of Prednisone 5mg per day and Furosemide 10-20 mg per day to keep fluid from accumulating. The cost of these medicines combined should not exceed $20 per month.  It is very affordable and dogs can live a long and comfortable life with treatment.

He will need to be a true lap dog as he needs his exercise restricted.  He will have no problem with that.  His exercise consists of following me around the house, wagging his little tail and standing on his back paws against the couch asking to be picked up for snuggles.

ORIGINAL POST – He is a purebred Pomeranian bred by a show breeder of Champion Pomeranian’s in New York (Great River Poms). He was sold approximately a decade ago, but the records were destroyed during a divorce so we don’t know to who.  The microchip implanted by the breeder was never registered so we cannot trace it to the purchaser.